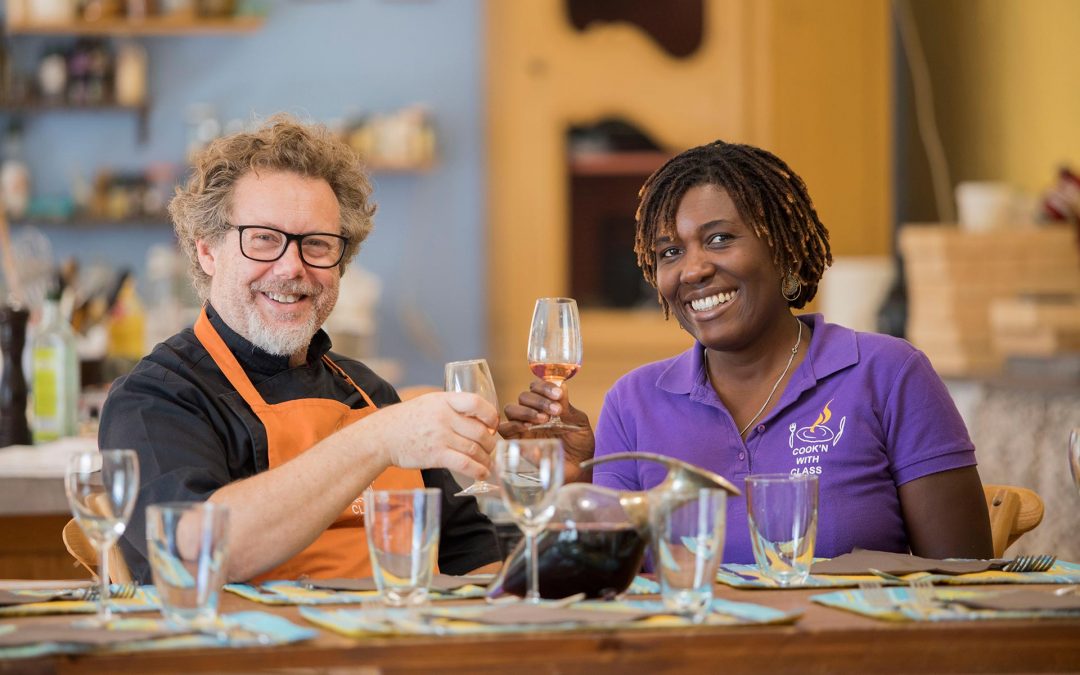 Founder Advice with Yetunde Oshodi-Fraudeau, Co-Founder of Cook’n With Class

In this founder advice segment we go back to our European roots interviewing Yetunde Oshodi-Fraudeau, of Cook’n with Class. Cook’n With Class is a French cooking school that started in Paris in 2007 by Chef Eric Fraudeau a professional French chef with over 30 years of experience in France, the United States, Canada, & Mexico. In 2015, Chef Eric and his wife Yetunde opened a second school, Cook’n with Class Uzès in the South of France in a medieval city called Uzès on the doorsteps to Provence. The school offers day classes in French cuisine with market to table classes, French desserts, and baking classes, & wine and cheese tastings. We also host culinary holidays and tours for a full immersion in French culture and cuisine both in Paris and in southern France.

You can sign up to one of their virtual cooking classes here, and subscribe to their YouTube Channel to get a “taste” of what they do.