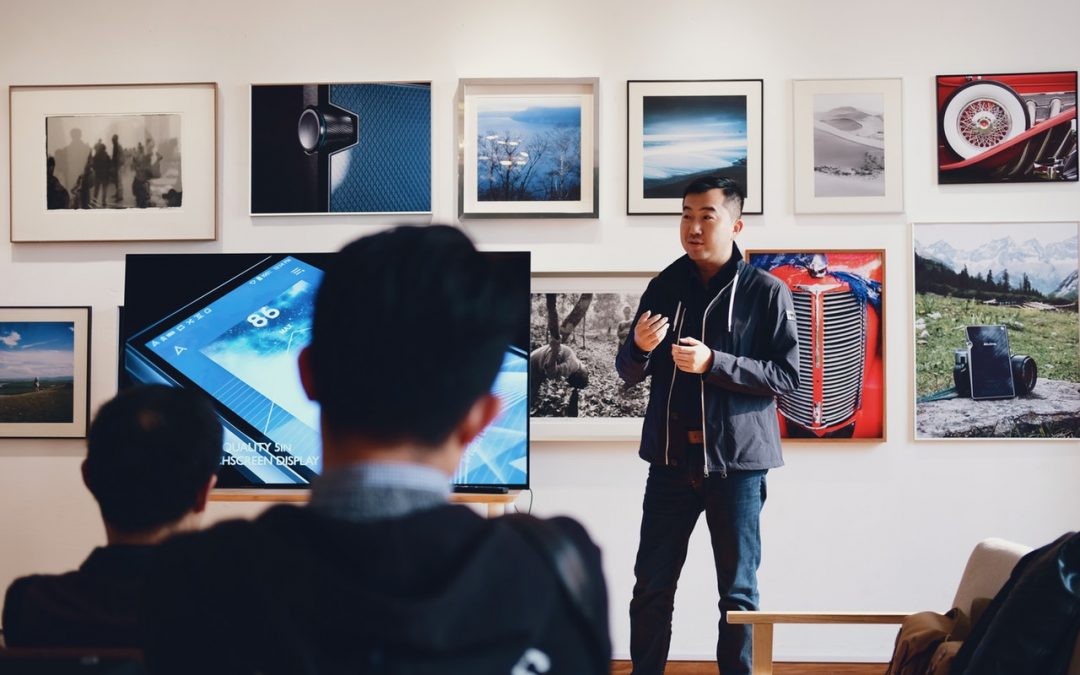 This deck was put together after years of seeing these things, putting these things together, and having garnered from it some personal success, i.e. getting funded. It also built off of a few decks that were passed to me by VC friends. Unfortunately, I’m not at liberty to say who the companies were, but rest assured they’ve been in more Tech-Publications than you and I.

END_OF_DOCUMENT_TOKEN_TO_BE_REPLACED

The Silicon Bayou, a Phoenix Rising

When you think of New Orleans the first things that typically pop into your mind are Mardi Gras, Jazz Fest, The French Quarter, Voodoo, maybe the New Orleans Saints, and Katrina. What you don’t think of – is the city’s startup scene. After the city was devastated in Hurricane Katrina a resurgence of sorts has taken shape. NOLA has been slowly developing a burgeoning startup scene calling itself the Silicon Bayou

END_OF_DOCUMENT_TOKEN_TO_BE_REPLACED

Want to work at a start-up? This is how to go about it

Of the better ways to learn the startup scene is simply to work at one, and while you typically won’t find startup jobs listed on your typical job portal that is not to say those positions are not out there.

With that said, the benefits of working at a startup are many, possible chance at acquiring equity, experience that is then pivotal to start your own company, or a chance to break into venture capital.

While some websites exists that offer a job board for early stage companies, such as http://www.startuphire.com/, http://www.startuply.com/, and http://startupers.com/, they are often flooded with hundreds of applications, and moreso at times of economic trouble like what we’ve seen since 2008.

A better approach to securing a position at a startup, and any position for that matter is networking. If you’re into the scene, chances are you should know people within it, or at least make your way out to some entrepreneurially focused meetings / groups where you’ll not only meet people working within the startup industry of your interest, but it will also allow you to feel out the market as a whole.

Another, and a more novel approach is to focus your search through venture capital funds / groups. More often than not, VC’s will have their portfolio companies listed on their websites, and better yet, some will even have a listing of the jobs that their portfolio companies are looking to fill. Another advantage here is that the above method will allow you to better fine tune your search in terms of industry and expose you to companies that you may not have been previously aware of.

But how do you do it? Call up the VC fund, ask who to speak with at the startup of your choice, then call the startup directly. Make yourself stand out and show that you have what it takes to make it in a diverse and often chaotic environment that requires quick thinking and an innovative approach to problem solving. We recently had the chance to talk with Pablo Villalba from Teambox about how he got started and what advice he has to pass onto new and budding entrepreneurs, better yet, Teambox is now inBloon’s project management solution. The trickle effects of Next Top Startup, but I digress.

So without further ado, the startup feature of : Teambox

How did you come up with the idea for your company?

On one hand, I was looking for something that would tie our team together as a group. We tried some online solutions, excel spreadsheets, blogs and Gantt planning, but nothing worked.

When a client asked to deploy a solution in his own server, I started some real research for a quality open-source project manager. There was not such a thing. So, with a little seed funding, we got started.

The first versions were merely proofs of concept, and were only available on Spanish. However, they taught us important lessons on software development and clients’ needs. All this made a difference for Teambox 2.

When Teambox 2 was launched, it was one of a kind. It was the first Twitter-style collaboration tool that grouped team communication and task management.

After exiting the beta period, we set up some pricing plans for users who needed more of what we were doing. So far, we have over 100 paid accounts for the online version and we’re starting to have our first corporate clients. This means a lot of new lessons to learn, and the need to adapt quickly.

We recently acquired an online group chat application in our space, and we have plans to integrate its functionality in Teambox while expanding its offerings. We’re very excited about the possibilities.

Can you tell us a bit about the team?

At the heart of Teambox, we’re very technically minded people with a passion for design.

We had endless discussions over little details, because we care about usability. You can spend months developing the coolest feature on Earth, but unless you make it simple nobody is going to use it.We’re currently 5 programmers and 3 mixed profiles for sales and marketing. We expect to keep things small and simple, scaling our service without a significant increase on staff.

For that, we only work with the best. Our open-source community has been a great talent pool, where people can learn our working style before joining the company.

Any difficulties you’ve experienced in the startup process of your company?

It’s been extremely hard to get funded during the hard times economy has been through. Nevertheless, we were lucky to find the right investors who trusted the startup and team and made it possible.

It has also been very disappointing to see how public grants have more to do with political reasons than real innovation and supporting research and development. Lessons learned from this: Private money is reasonable, and it’s always better to survive with your own money or customers than looking for money from others.

Any advice to pass on to budding entrepreneurs?

Just get started. Entrepreneurship is like a George Lucas film, where you meet your friends during a long journey to an uncertain destination Back in May we asked Jose Mariano of In Bloon five questions about his startup, being that he entered the Next Top Startup competition we felt it unfair to feature him and not the others, however now with the first edition of the competition well behind us we feel it’s time to publish his answers to our 6 questions.

It’s an experience by which you will see the Earth shining round and blue on the eyes of the person you love. All in a safe, clean, not requiring strenuous training manner. A flight beyond the blue skies into the starry blackness of the cosmos. And with zero emissions.

1. a sustainable, cost-effective, inspirational and elevating device that enables out of this world experiences to her passengers, including unparalleled views of their planet while helping preserve it in the process; to be enjoyed by individuals, families, and other groups worldwide: inside the bloon we were one with the Planet.

1. to feel elevated, to raise to a new level, to transform yourdreams into reality: We are about to bloon… ORIGIN Barcelona, early 2009 (originally denoting a previous concept from 2000): from French ballon ‘large ball.’

How did you come up with the idea for bloon?

I grew up surrounded by rockets, telescopes, astronomy and balloons because of my dad’s job. After graduation in 2000 I started to think about the possibilities of Space Tourism and it seemed obvious to me that the view is the core element of the experience and that balloons are the safest means to achieve the altitudes where the view can be enjoyed. I made a publication, then a business plan, technical design, patent and finally a company.

We are happy we just received our first piece of investment from Ultramagic, the world’s second largest producer of hot air ballons. Their qualified endorsement along with their expertise in the ballooning market, certification rules and technical acumen bring us closer to our goal.

Can you tell us a bit about the team?

Full time there are 4 Aerospace Engineers (Master’s level), there are many part time collaborators and interns. We are looking for a Chief Technology Officer and a Chief Marketing Officer. Our adivsory board is highly committed and comprises senior leaders in key sectors for our business.

Any difficulties you’ve experienced in the startup process of your company?

The fact that I had worked on the concept for 9 years prior to incorporating the company had me well prepared. One important skill that I wish I had before, and only now I am starting to grasp is the ability to tell the people that just find your concept cool from the ones that can really help you. Generally in the EU there is a lot of talk about innovation and entrepreneurship as the best thing since bread came sliced, however there is very little real action in this topic. I think politics has distorted so much the landscape that it’s hard to find people driven by pure entrepreneurial spirit.

Any advice to pass on to budding entrepreneurs?

Be open minded and get as much high-quality advice as possible but don’t forget you know more about your business than anybody else.

If you have a startup and would like to have it featured, please write to info [at] f3fundit.com