There is no innovation at major agencies like Ogilvy or BBDO? 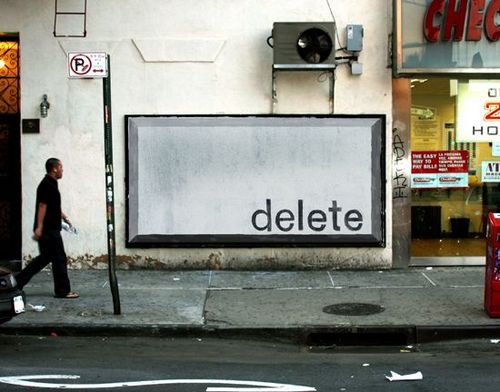 There’s a saying. Innovate or Die, and boy has it rung true in the past few years. Barnes & Noble, AOL, MySpace, and you have to wonder who’s next? Hollywood? Your global Advertising behemoths? Could be. What happened to innovation at major agencies? Why have product shops won? Or will Management consultancies come out on top?

Ogilvy & Mather has just pumped a bunch of cash into bringing people on for their new unit Social@Ogilvy. Well needed, but it begs the question if it’s not too little too late. Social has been an integral part of marketing for a few years now, and young vibrant agencies willingly sprung up left and right over the past couple of years in order to capitalize on the large gaping hole left in the market by the more traditional consolidated big boys. By this I mean your BBDO’s, Grey’s and WWP’s.

While I may be wrong in my assertions, it does feel however that the globals see Social, as something inherently belonging to the youth, the teens, and tweens of today who will inevitably “like” a brand if we tell them to. This form of thinking is not only naïve in my opinion, but wrong on the many accounts.

The likes on Facebook / G+ (if you’re a google employee or Robert Scoble) brand pages are still by many accounts inherently mundane pieces of digital space, in fact a waste of electrons if you’ll allow. It’s what you do with them that makes them inherently sexy beasts. The problem that I find however is that the more established agencies struggle with just this, they don’t know how to to effectively actualize this social real estate to drive engagement and word of mouth.

Every day as you walk the streets of Manhattan you see the same intent lacking executions, broadcast posters, with little FB/TW buttons placed somewhere on the bottom of the ad, with the ever present “follow us” call to action.

But let’s dissect this for a minute and look at the agency’s intent in trying to get you, dear consumer to follow their client on FB/TW.

We’re in Manahattan, Brooklyn, well, NY where people walk, rapidly, and often lack that precious resource called time. If these same ads are in more automobile prolific cities, such as say, Los Angeles, the broadcast will work. But the follow us on whatever is lost in the moment of passing.

Now say we have the same situation here in NYC, the follow us call to action is more prevalent to someone walking by then speeding past in a car, but I beg to ask, how many people will actually stop, open up their FB apps, search for “Brand” and then follow said brand. I reckon not many, yet, these efforts and ones like them are working at least to a degree, HESS has 250k people “liking it on twitter” Quiznos, 450k. (Just a few randoms I follow for research.) But what if they approached the broadcast model and on it facilitated a call to act that was actually engaging, interactive and offered the consumer an actual experience? Or even just simplified the “linking” process.

Why dear Watson, the world would go wild. But more on this in a future post.

Why is it that larger agencies focus primarily on the youth market when it comes to social media, and why hire into this space? I don’t buy that it’s data driven, and it definitely can’t fall on purchasing power. So why?

You could argue that youth will influence older generations in terms of product adoption, and then see a dispersive behavior in that influence to older generations, and while that is certainly true for products, and especially in technology, can the same be said about Quiznos or HESS Petrol? Doubtful.

Yet Flurry a mobile analytics and ad platform has found,

“The study shows that men and women between the ages of 18 and 34 are predictably most desired by advertisers.”

Influence? Not really, direct relation between age / and eCPM, with the 18-34’s costing the most, and advertisers believe that these users will wind up driving the most spending, with the 34+ demographics dropping in eCPM spending to below 13-17 year olds.

Is this because there are more kids online than their 35+ adult counterparts, or is it because digital advertising has largely omitted to understand the older market? Or is the older market just less inclined to influence? My bets are on the former; brand perception will change regardless of age.

So the question is, how do you foster innovation in the space, and tap into the “older” consumer? Simple, listen.